The Archaeological Tour of Bulgaria introduces you to the most exciting archaeological finds and excavations in Bulgaria. Archaeology in Bulgaria encompasses the history of ancient Greece and Rome, the Thracians and the Varna culture dating back 8000 years.

The archaeological tour is a journey of discovery through layers of history that are still be unravelled. All the Mediterranean civilisations have left their mark on the lands now called Bulgaria: Romans, Greeks, Thracians and a much more ancient civilisation dating back over 8000 years, called the Varna culture that predates Sumer.

The tour can be lead by a classics or archaeological professor and supported by a local historical tour guide. It is usually 8 days but can be extended to 12 days. It is available from April to October.

The Archaeological Tour of Bulgaria is tailored to your personal preferences. On the basis of our experience of organising archaeological tours in Bulgaria we would recommend visiting:

During your journey you will hear of stories of Dionysus, Heros the Thracian horseman and Orpheus and the legends of nymphs and maenads. 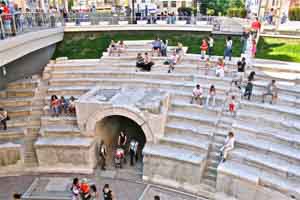 The Roman stadium in Plovdiv

The Archaeological Tour of Bulgaria can be adapted to your personal preferences, time and budget.

More information and photos of the Archaeologicical Tour of Bulgaria.

As a tailor-made tour we offer options to tailor the journey to your personal interests. The Archaeological Tour of Bulgaria can be adapted and extended to include: 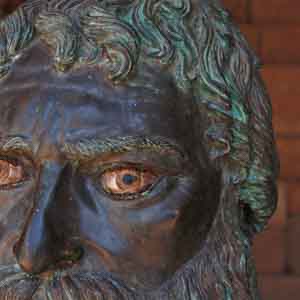 We know that everybody is different. And everyone has special travel requirements: food, transport, hobbies and interests. So we like to listen. We tailor-make the journey to your specific requirements.

So just tell us what you want

JMB Travel Bulgaria is a registered tour operator and Destination Management Company DMC that specialises in health, culture and nature holidays to Bulgaria and the surrounding countries: Greece, Serbia, Macedonia, Romania and Turkey. We provide a complete range of travel services.

Our promise to you is to create a memorable and affordable holiday!

Request a FREE quote for your next holiday including transport, accommodation, activities and visits...

This website uses cookies to improve your experience while you navigate through the website. Out of these, the cookies that are categorized as necessary are stored on your browser as they are essential for the working of basic functionalities of the website. We also use third-party cookies that help us analyze and understand how you use this website. These cookies will be stored in your browser only with your consent. You also have the option to opt-out of these cookies. But opting out of some of these cookies may affect your browsing experience.
Necessary Always Enabled
Necessary cookies are absolutely essential for the website to function properly. This category only includes cookies that ensures basic functionalities and security features of the website. These cookies do not store any personal information.
Non-necessary
Any cookies that may not be particularly necessary for the website to function and is used specifically to collect user personal data via analytics, ads, other embedded contents are termed as non-necessary cookies. It is mandatory to procure user consent prior to running these cookies on your website.
SAVE & ACCEPT
WhatsApp